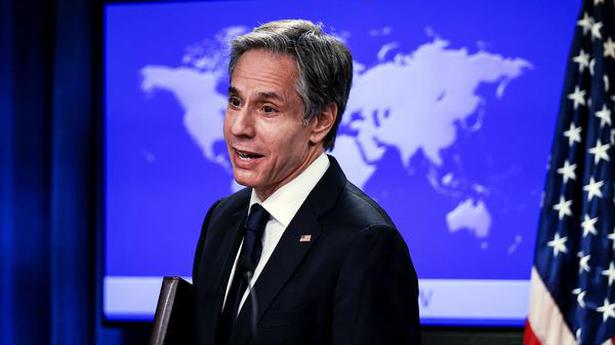 During their call, Antony Blinken and Abdul Momen discussed Myanmar, a lasting solution to the Rohingya refugee crisis, and the importance of respect for labor and human rights.

US Secretary of State Antony Blinken met with Bangladesh Foreign Minister AK Abdul Momen, and the two leaders discussed ways to deepen economic, defense and counterterrorism cooperation while agreeing to work together to meet the challenges in South Asia and the greater Indo-Pacific region.

Mr Blinken called Mr Momen by phone on February 23. During their appeal, they discussed Myanmar, a lasting solution to the Rohingya refugee crisis, and the importance of respect for labor and human rights.

Mr Blinken and Mr Momen discussed ways to deepen economic, counterterrorism and defense cooperation, and work together to address common challenges such as climate change, State Department spokesman Ned Price said. in a reading of the call.

Blinken congratulated Foreign Minister Momen on the fiftieth anniversary of Bangladesh’s independence in 2021, and the two leaders expressed desire for closer collaboration to address challenges in South Asia and in the greater Indo-Pacific region, ”Mr. Price said.

“It’s good to speak with Foreign Minister AK Abdul Momen and congratulate him on the 50th anniversary of Bangladesh’s independence. We affirmed the strong and enduring relationship between the United States and Bangladesh and look forward to working together to address challenges in South Asia and the Indo-Pacific, ”Blinken said in a tweet.

India, the United States, and several other world powers have spoken of the need to ensure a free, open and prosperous Indo-Pacific amid growing China’s military maneuvers in the region.

In 2017, India, Australia, Japan and the United States gave shape to the long-standing proposal to set up the “Quad” or the Quadrilateral Coalition to counter China’s aggressive behavior in the region. indo-pacific.

China claims almost all of the disputed South China Sea, although Taiwan, the Philippines, Brunei, Malaysia and Vietnam all claim part of it. Beijing has built man-made islands and military installations in the South China Sea.

Chinese Premier Li Keqiang announced on Friday that the country has set a GDP target above 6% for 2021. "By setting this goal, we...
Read more
World

Senior UN leaders on Thursday called on Eritrea to withdraw its troops from Ethiopia's Tigray region and also alleged atrocities were being committed...
Read more
World

A standoff between the EU's signatories to the Iran nuclear deal and Tehran has been mitigated, at least temporarily, by the Iranian regime's...
Read more

Chinese Premier Li Keqiang announced on Friday that the country has set a GDP target above 6% for 2021. "By setting this goal, we...
Read more

This story of friendship, sport and romance has its moments but could have been much better A1 Express tries to be several things...
Read more

Jaipur: A 33-year-old rape survivor was set on fire in the Hanumangarh district of Rajasthan, police said on Friday (March 5th). The woman was...
Read more