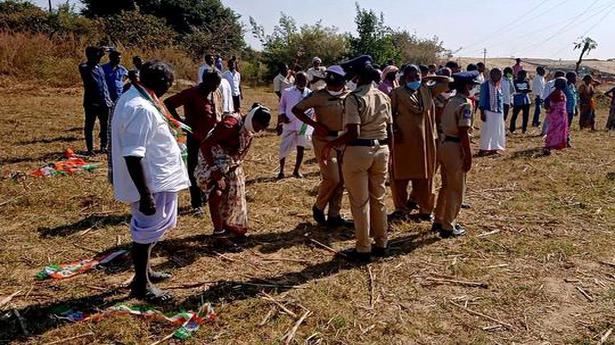 Tension reigned for some time in Tukkapur in Toguta mandal on Saturday when villagers protested against the construction of a canal, as part of the 3rd tmcft of Kaleshwaram, adjacent to the village.

Congress led by Ch. Srinivas Reddy called for the demonstration, which saw a large gathering of people, mostly women. Some women even quarreled with the police.

Since Saturday morning, a large contingent of police had been stationed in the village to thwart any untoward incident. The villagers alleged that they had already lost their land and that they were even unable to work daily.

“We cannot get a daily wage. And the police send us back when we ask for justice, ”said a few angry women.

“A large number of people took part in the agitation regardless of their party membership to protect the interests of the village. The police stopped everyone on the road. Even the women were not spared and thrown into police vehicles, ”the sarpanch said.

He added that a scribe who had traveled there to cover up the unrest was also taken into custody, although he was released later. Villagers accused authorities of failing to provide rehabilitation and resettlement (R&R) services to those who went to court despite instructions from the High Court. On Friday, the bhoomi puja and the movement of heavy machinery near the village created tensions among the population. The villagers alleged that the puja was made for work without permission.

Farm laws | Hundreds of farmers set out for Delhi from Ambala