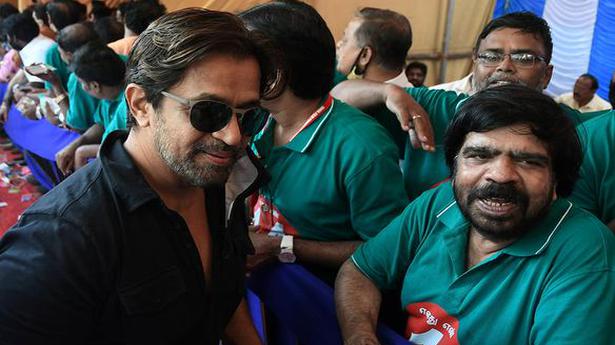 About 112 board members contested for different positions. Voting began in the morning and ended at 4:30 p.m. Due to COVID-19 restrictions, the results announcement is scheduled for Monday.

Producers T. Rajendar, Murali Ramasamy and PL Thenappan contested the post of president. Mr. Rajendar addressed reporters and said 1,050 members had voted and that they were happy with the turnout. “About 1,303 members had the right to vote. If elected, our team will work with the small producers and address their concerns, ”he said.

Mr Murali said many producers who lived out of state came here to vote.

“Our manifesto talked about the fact that there are many films that have not yet been released due to COVID-19 and that if we are elected we will work with the producers who have been affected,” he said. declared.

Kamal Haasan, Kushboo, Santhanam, SJ Suryah and S. Ve Sekar were among those who voted.

‘Liberty is not a gift for the few’: Supreme Court extends Arnab Goswami’s interim bail

CHIRAG SAHU - November 27, 2020 0
He called on party workers to actively engage in the task of providing food and clean water to people in affected areas, but...