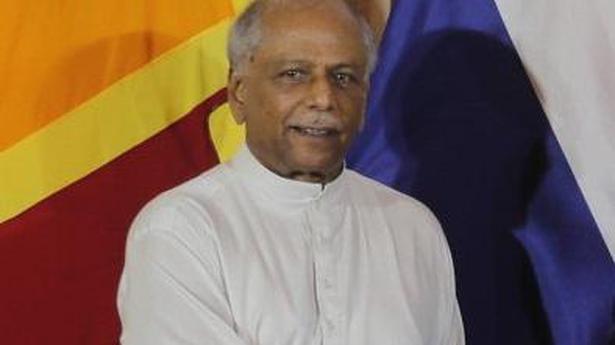 A senior Sri Lankan minister made a fervent appeal to UNHRC member states to reject the impending resolution on the island nation’s human rights accountability and reconciliation, calling it “pure political movement “against the country.

Speaking practically Tuesday at a session of the UN Human Rights Council (UNHRC), Foreign Minister Dinesh Gunawardena called for the resolution to be rejected by the council and closed.

Gunawardena’s remarks followed the country’s rejection of the report by UN Human Rights Commissioner Michelle Bachelet, which called for drastic measures such as targeted sanctions and international criminal proceedings against those alleged to be responsible for human rights violations. during the last phase of the armed conflict with the LTTE in 2009.

A draft resolution is expected to be presented to HRC sessions on Wednesday, officials here said.

The draft resolution is expected to include steps taken by the Office to strengthen its monitoring and reporting on the human rights situation in Sri Lanka, including progress on reconciliation and accountability.

It is also expected to present a written update to the Human Rights Council at its 49th session, and a comprehensive report including other options to advance accountability at its 51st session, both to be discussed in interactive dialogues. .

The electoral mandate of the current government given by the Sri Lankan people aimed to withdraw from the previous resolution while remaining engaged with the mechanisms of the UN.

Sri Lanka has reportedly pressured some 18 member states to request the rejection.

His comments came after the HRC’s central group on Sri Lanka, in a joint statement, said that a resolution would be proposed next week to focus on Sri Lanka’s rights responsibility.

The previous Sri Lankan government, led by the Sri Lanka Freedom Party, co-sponsored the resolution in 2013, calling for accountability for alleged war crimes committed by government forces and the Liberation Tigers of Tamil Eelam during the final phase of the three-decade civil war in May 2009.

The court asked for the Justice Department's response after going through a statement from the World Health Organization, which declared virginity tests as...
Read more
World

The court asked for the Justice Department's response after going through a statement from the World Health Organization, which declared virginity tests as...
Read more
World

A witness told police the shot was fired after two cars attempted to occupy the same lane A shooting on...
Read more

As a first step towards the resumption of physical hearings, the Supreme Court decided to start hearing cases in “hybrid mode” from March...
Read more

<!-- -->The Prime Minister praised the "steadfast dedication" shown by the Indian armed forces over the past year, Prime Minister Narendra Modi...
Read more