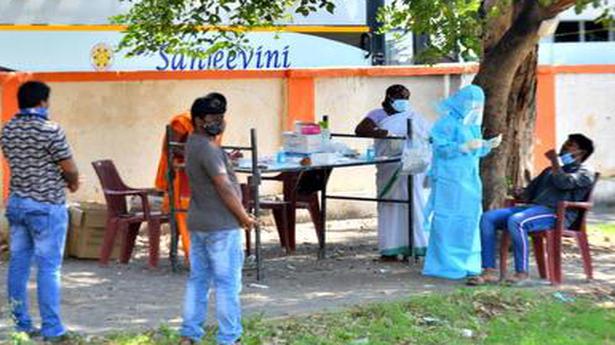 The number of new cases has increased slightly in southern Andhra Pradesh, as more people have recovered from the disease in the region in the past 24 hours.

The region recorded no deaths during the period. As a result, the toll remained unchanged at 1,070, 577 in Prakasam and 493 in Nellore district, according to a health bulletin released by the state government on Saturday evening.

COVID-19 hospitals had fewer patients relative to their bed strength as the recovery rate improved further to 98.23% in the region.

The total number of positive cases rose to 62,681 in Nellore District, with 60 people becoming infected within 24 hours. No less than 140 patients were recovered during the period, bringing the number of active cases down to 1,023.

The positive trend continued in Prakasam district as well, with 60 people contracting the disease during the period, while 64 patients were discharged for recovery. The 11 COVID-19 hospitals with a bed capacity of 1,471 currently had fewer than 200 patients on treatment, including 73 patients requiring respiratory assistance.

Trinamool “Will Rectify” If Mistakes Made, Says Mamata Banerjee

MO JAKARIYA KHATRI - November 25, 2020 0
WASHINGTON: The Supreme Court said on Wednesday it would continue to hear arguments by phone at least until January because of the ...

‘Enjoy batting at five and keeping’

Egyptian Inventor Trials Robot That Can Test For COVID-19