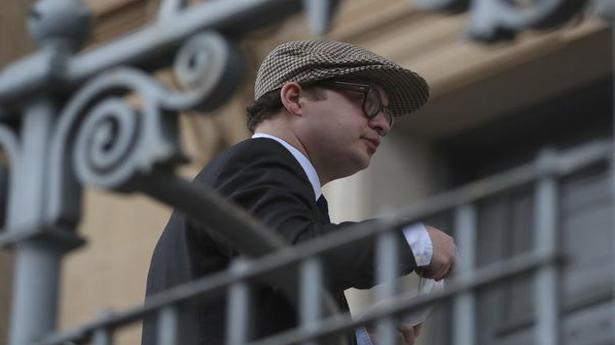 The 34-year-old was sentenced to Dundee Sheriff Court after pleading guilty.

A relative of Queen Elizabeth II was sentenced to 10 months in prison on Tuesday for sexually assaulting a woman at her ancestral home in Angus, Scotland.

It was discovered that the Earl of Strathmore Simon Bowes-Lyon, who is the son of a cousin of the 94-year-old British monarch, broke into the sleeping woman’s bedroom during an event he was hosting at Glamis Castle. The 34-year-old was sentenced to Dundee Sheriff Court after pleading guilty.

According to the BBC, Sheriff Alastair Carmichael told Bowes-Lyon in court that he had repeatedly ignored calls from his victim during the attack.

“Even now – a year later – she still has nightmares on occasion and feels panicked because she was sexually assaulted by you. It also impacted his emotional well-being, ”Sheriff Carmichael said.

Last month Bowes-Lyon apologized for his actions after pleading guilty, saying he felt “greatly ashamed” to have caused “such distress to a guest in my house”.

He said he had “drunk too much” the night of the assault, although he noted that this was “no excuse” for what had happened.

“I didn’t think I was able to behave the way I did but I had to face it and take my responsibilities,” he said in court.

“Over the past year, it’s been about seeking and receiving professional help and agreeing to plead guilty as quickly as possible. My apologies go first and foremost to the woman concerned, but I would also like to apologize to family, friends and colleagues for the distress I have caused them, ”he said.

Previously, Dundee Sheriff Court had learned that the woman fled the castle the morning after the attack on February 13 last year and returned home to report the matter to police, after which Scottish police and the metropolitan police were involved in the investigation.

Glamis Castle is the seat of the Earls of Strathmore and Kinghorne, both of whom are part of the family of the Queen Mother – the late mother of Queen Elizabeth II.

An Israeli cargo ship that suffered a mysterious explosion in the Gulf of Oman came to the port of Dubai for repairs on...
Read more
World

Hong Kong police on Sunday charged a group of 47 prominent dissidents with "conspiracy to commit subversion." This is the biggest use to date...
Read more

Here’s when you can watch Prabhas’ Salaar in theatres

Fans will have to wait a little longer to watch Salaar de Prabhas on the big screen. The film will be released...
Read more

Do you know WhatsApp has some lesser known features? Check these

Even after facing buns over its controversial privacy policies, WhatsApp continues to lead the way against messaging platforms like Signal and Telegram. WhatsApp comes...
Read more
Load more