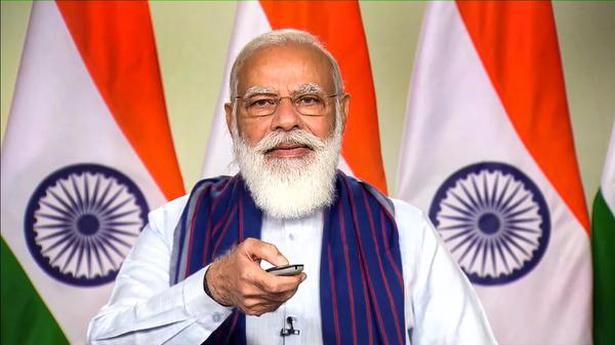 He lamented the lack of development in the UP’s Vindhyachal region for decades after independence, and said that despite its resources, this region has become an area of ​​scarcity.

Prime Minister Narendra Modi on Sunday lamented the lack of development in the UP’s Vindhyachal region for decades after independence, and said that despite its resources, the region had become an area of ​​scarcity.

Scarcity has forced many people to migrate from the region, he said after laying the foundation stone for rural drinking water supply projects in the Mirzapur and Sonbhadra districts of the state region. of Vindhyachal by videoconference.

Mr. Modi also interacted with members of the village water and sanitation committee during the event.

“For decades after independence, if one area had fallen prey to neglect, it was that area. Whether Vindhyachal or Bundelkhand, this whole area despite its resources has become an area of ​​scarcity. Despite so many rivers, this area has been identified as the thirstiest and most drought-affected area. This is the reason that forced many people to migrate from here, ”he said.

Referring to the Vindhyavasini temple in the area, Mr. Modi said that the Vindhya Hills are a great center of belief (vishvaas) and faith (aasthaa).

He said laying the foundation for the projects was a happy time for mothers, sisters and daughters.

“This project is an example of Uttar Pradesh making progress despite COVID-19,” the Prime Minister said.

He also said the projects would prove useful for the health of poor households and would also help people who keep animals.

UP Chief Minister Yogi Adityanath was present on this occasion.

The projects will connect tap water to all rural households in 2,995 villages and will benefit about 42 lakh of the population of these districts.

Village water and sanitation committees have been set up in all of these villages, and they will be responsible for operation and maintenance.

The total estimated cost of the projects is ₹ 5,555.38 crore. The projects are expected to be completed in 24 months as part of the “Jal Jeevan mission” announced by the Prime Minister on August 15 last year.

The projects aim to provide functional connections to every rural house in the country by 2024.