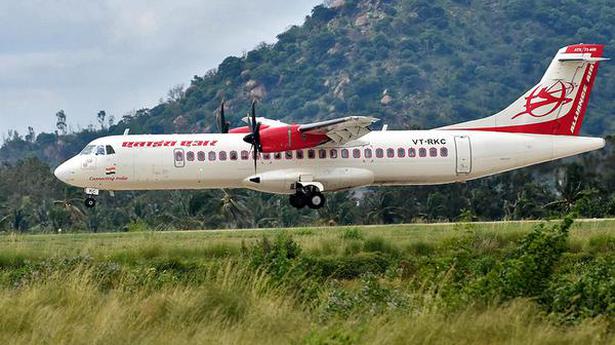 Long-standing demand for air connectivity linking Mysuru to the coastal region is expected to become a reality from December 10.

The flight will operate Wednesdays, Fridays, Saturdays and Sundays to begin with, and if the original passenger traffic is encouraging, it could be a daily flight in the days ahead.

To cater for the upcoming festivities, the airline has introduced this new flight to the route to add to the convenience of travelers who will be traveling to meet family and friends during the holiday season, airline officials said.

Reservations are open and there are various promotional offers. To check them, log on to www.airindia.in or contact one of the travel agents, the authorities added.

The airline adheres to all government guidelines and follows standard operating procedures (SOPs) prescribed by the Department of Civil Aviation. The required precautionary measures are also taken inside the aircraft at the time of check-in, boarding and arrival at destination. The planes are rigorously disinfected after each flight to eliminate any risk of contagion, the airline said in a statement.

Mysuru Airport Manager R. Manjunath said flights were originally scheduled to start in October but had to be postponed due to technical and operational issues which have now been resolved.

He said he was convinced that passenger air traffic from Mysuru to Mangaluru would be high and that it could be a daily flight in due course. There was huge demand and constant monitoring from members of the Federation of Karnataka Chamber of Commerce and Industry (FKCCI), Mysore Association of Industries (MIA) and others, including many members have coastal ties to Karnataka.

At present, the surface transport from Mysuru to Mangaluru was by train or bus and is an excruciating journey lasting around 6-8 hours. Also, it is banned during the rainy season due to landslides in Kodagu.

Sudhakar Shetty of FKCCI said nearly 12,000 families of coastal Karnataka origin resided in Mysuru, with the exception of 2,000 entrepreneurs from that region. “Flight connectivity will not only boost industrial development, but will also promote tourism,” he added.

Mr Manjunath said that with the introduction of Mangaluru flight, Mysuru airport will have 14 movements with round trip connectivity to Bengaluru, Kochi, Goa, Chennai, Belagavi and Hyderabad. Other potential routes under consideration include flights to Coimbatore, Tirupati and Shirdi

MO JAKARIYA KHATRI - November 26, 2020 0
The Israelis hold ceremonies to pay tribute to the victims of the 11/26 terrorist attacks in Mumbai, demanding that those...

Hey, Dilip Kumar just shared a new picture and it is...