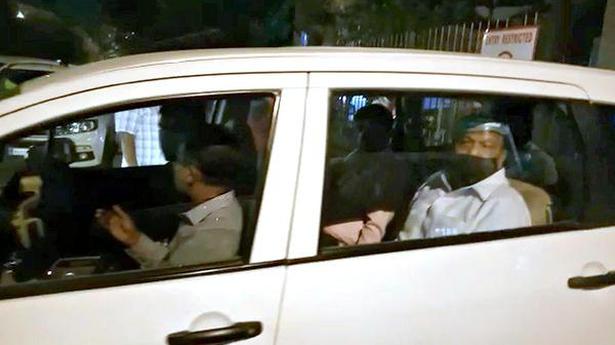 After several hours of questioning, the Central Bureau of Investigation (CBI) on Sunday arrested former minister Roshan Baig in connection with the 4,000 crore I Monetary Advisory (IMA) investment scam. A team of CBI officials picked up Mr. Baig from his residence at around 11 a.m. for questioning.

He has been remanded in custody and will be housed in the quarantine cell of Parappana Agrahara central prison.

The main defendant in the case, Mohammed Mansoor Khan, managing director and CEO of the IMA group of companies, alleged that he had given Mr Baig 400 crore. Before fleeing the country to escape arrest when the scam first broke out, Mansoor Khan released an audio clip in which he blamed Mr Baig for his situation, claiming that the former MP for Shivajinagar who was in Congress at the time had not returned the above. -said amount, which led to IMA defaulting.

The then Revenue Minister RV Deshpande said Mr Baig introduced him to Mansoor Khan asking for help. The Revenue Department was surveying IMA at the time. However, Mr Baig insisted that he had played no part in the scam and that he only knew Mansoor Khan as a businessman from his constituency. He alleged that Mansoor Khan was indulging in name dropping to get by unscathed.

In July 2019, a special investigative team investigating the scam detained Mr Baig at the airport for questioning, as he boarded a chartered flight at Kempegowda International Airport. He was questioned by SIT for several hours before being released.

The CBI had filed an additional charge sheet against a total of 28 defendants, including six officials, in October earlier this year.

Congress suspended him in June 2019 after his name appeared in the IMA scam and he publicly criticized several congressional leaders. A month later, he resigned his post as lawmaker along with other congressmen and JD (S) MPs, although he was not courted by the BJP. He was disqualified by the then president, KR Ramesh Kumar, which was confirmed by the Supreme Court.

Although he resigned and played a role in the overthrow of the JD (S) -Congress coalition government, the BJP high command blocked his entry into the party because of his “tainted image” and alleged role. in support of the assassins of RSS worker Rudresh in Shivajinagar in 2016.

Currently, Mr. Baig had become a political outcast and was not associated with any political party.

CHIRAG SAHU - November 26, 2020 0
<!-- -->Two army soldiers were killed in a terrorist attack near the HMT zone on the outskirts of Jammu and Kashmir's capital Srinagar,...

Hey, Dilip Kumar just shared a new picture and it is...