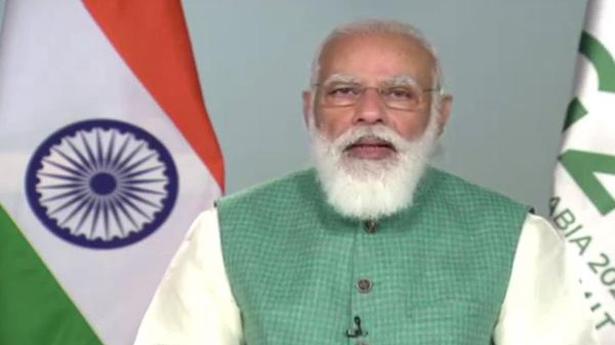 The whole world can move forward faster if the developing world is more supportive of technology and finance, Modi said.

Climate change must be tackled not in silos but in an integrated, comprehensive and holistic way, Prime Minister Narendra Modi said on Sunday at a G20 event and said the whole world could progress faster if there was greater support for technology and finance for developing countries. . Addressing the G20 side event on “saving the planet”, Modi said India was not only meeting its Paris Agreement targets, but also surpassing them.

Read also | India has set itself the goal of reducing its carbon footprint by 30-35%: PM Modi

“Inspired by our traditional philosophy of living in harmony with the environment and my government’s commitment, India has adopted low-carbon and climate-resilient development practices,” he said.

The whole world can move forward faster if the developing world is more supportive of technology and finance, Modi said.

“For humanity to prosper, each individual must prosper. Rather than seeing work as a single factor of production, the focus should be on the human dignity of each worker, ”said the Prime Minister.

Such an approach would be the best guarantee for saving the planet, said Modi.

MO HANIF KHATRI - November 24, 2020 0
Who we are with our parents and who we are in a romantic relationship can seem like different people.For Harper (Mackenzie Davis), a...