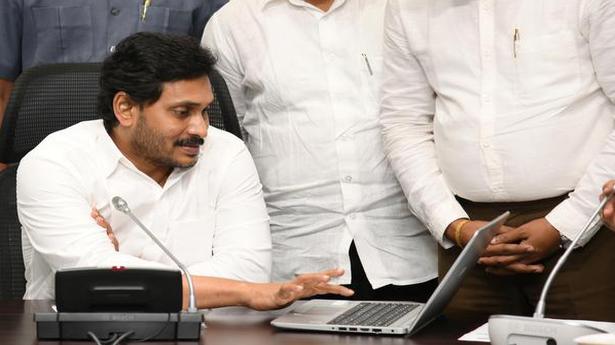 Chief Minister YS Jagan Mohan Reddy said on Saturday that the government had made plans to build seaports in Ramayapatnam, Bhavanapadu and Machilipatnam at a total cost of around ₹ 10,000 crore, and a sum of ₹ 3,500 had been allocated to the establishment of eight crores. ports and development of 25 aquaculture centers.

These facilities would help improve the standard of living of fishermen who languished below the poverty line despite the country’s second longest coastline (974 km), the chief minister said while laying the foundation for four ports at Machilipatnam, Nizampatnam in Guntur. district and Juvvaladinne and Uppada in the districts of Nellore and East Godavari respectively.

Speaking to officials, fishermen and women, Mr Jagan Mohan Reddy said tenders for the four ports to be built in the first phase at an estimated cost of ₹ 1,510 crore would be finalized by December 15 and that the work would start shortly after.

Four ports would be built in the second phase at Budagatlapalem in Srikakulam district, Pudimadaka in Visakhapatnam, Biyyaputippa in West Godavari and Kothapatnam in Prakasam district.

He regretted that the fishing community had been extremely backward for a long time, deprived of adequate health care, education and housing. They had to struggle hard to earn a minimum income from the fish caught by them. The crux of their problem was the lack of a sufficient number of ports and ports, he observed.

As a result, large numbers of fishing families have migrated to Gujarat and other states, and their arrest by Pakistan and Bangladesh security forces while fishing in international waters is quite common, he said. said.

The YSRCP government has paid attention to this problem and has removed hundreds of these fishermen from prisons in these countries, the chief minister said.

Mr. Jagan Mohan Reddy also said that 25 aquatic centers will be developed in the first phase as part of the government’s efforts to have such facilities in all constituencies in the future. The infrastructure required for the storage, processing and marketing of fish and other aquatic products would be created at these locations.

He added that the Gujarat State Petroleum Corporation (GSPC) owed ₹ 78 crore to compensate some 16,500 families in the East Godavari district who lost their livelihoods due to the drilling operations. The state government paid this amount to affected families because it did not know when the Center would give this money, he said.

The development of the AP Fish Feed (Quality Control) Law and the establishment of the Aquaculture Development Authority and a Fisheries University in West Godavari District were among other important government initiatives to help the fishing community to overcome the problems that have plagued them for generations, said the Chief Minister.

Man Shot Dead Over Lending Rs 200 At Crowded Market: UP...

Afghanistan: At least 34 killed in two separate suicide bombings in...